Terrence Steele appointed as new member of GC Board of Trustees 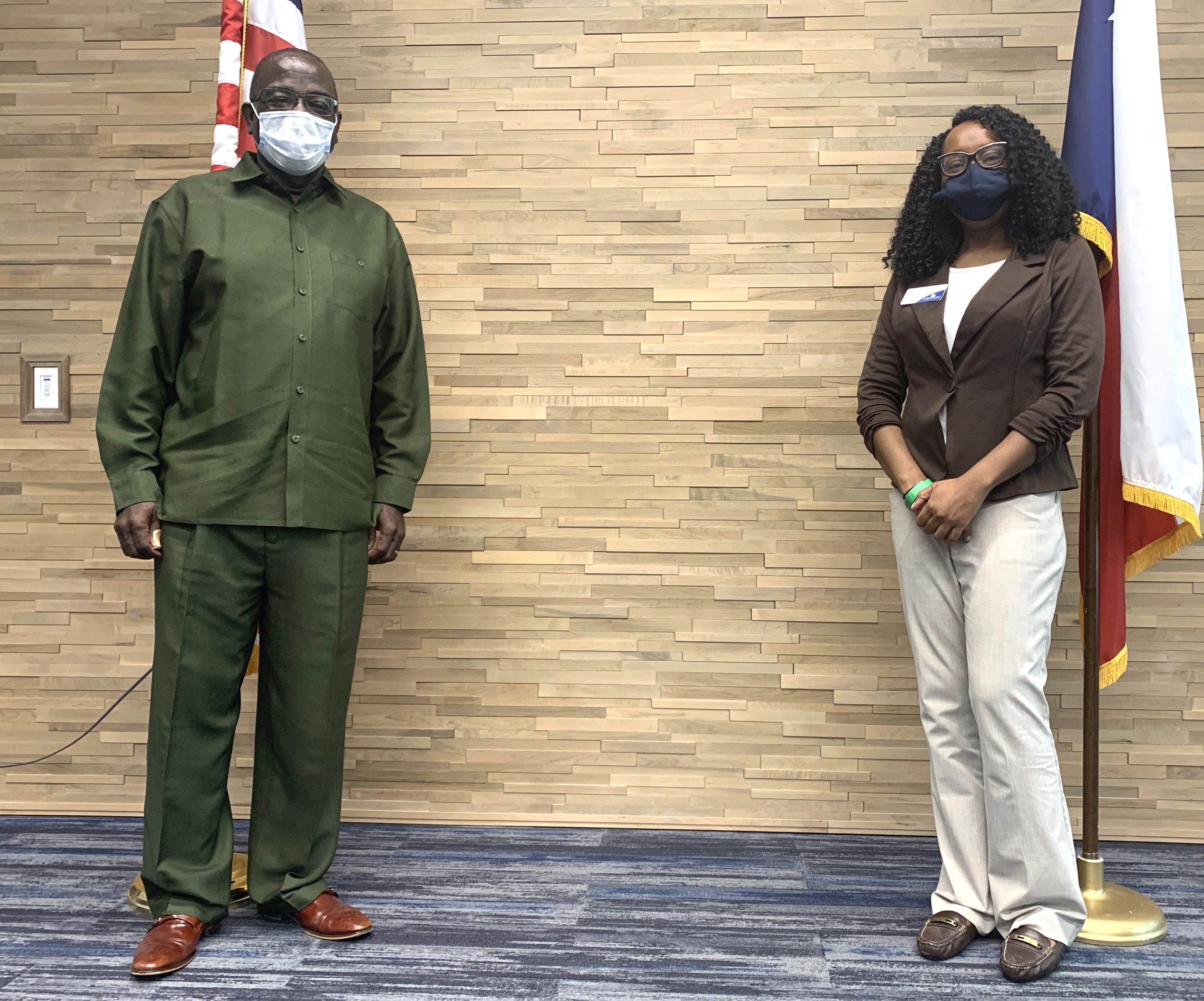 Terrence Steele was appointed to the Grayson College Board of Trustees during a called meeting Friday morning. This appointment follows the recent resignation of former Trustee Rad Richardson. Richardson played a pivotal role in the growth of the College during his six years on the board. Additionally, Lavada Burse was appointed to continue serving as the Student Liaison to the Board.

“We’re excited to have Terrence Steele on the Board of Trustees,” GC President Dr. Jeremy McMillen said. “His servant leader mindset and aspirations to be a role model for young people in the community will serve the College well.”

At the request of Chairman Ronnie Cole, Steele will immediately begin serving as the Board's representative on the Center for Workforce Learning Advisory Board, a role former trustee Rad Richardson was serving.

“I sought appointment to the Grayson College Board of Trustees because I believe in the vision and mission of the college so much that for many years; I have served on advisory committees for various departments,” Steele said. “I believe the highest priorities at Grayson College can be summed up in one word, students. Providing every student, whether enrolled online or in-person at Grayson College, state-of-the-art facilities and educational opportunities utilizing innovative teaching and learning approaches to ensure their educational pathway to success."

Steele moved to Sherman in 1996 after serving in the United States Air Force. Noticing a digital divide, especially among minority children in the community, he formed a non-profit named Nehemiah Community Development Corporation.

“Through that non-profit, I was able to solicit computer components from manufacturing companies as well as businesses in the community,” Steele said. “I created an after-school program for students, 14 to 18 years-old, where I taught them how to upgrade and build computers. Once they built the computer it became theirs. Through that program, more than 300 students became first-time computer owners. Many of the students went on to Grayson College to receive their Associates Degree in Computer Technology.”

Steele has been elected to the Sherman City Council four times and has served on many non-profit boards in the area including - Junior Achievement, Juvenile Alternatives, Sherman Education Foundation, Grayson Health Department Board, Four Rivers Outreach and TCOG.

Please reach out to GC Marketing & Public Relations Coordinator Rhea Bermel with any questions – 903.647.8342 or bermelr@grayson.edu.